What’s happening with technology in the dementia space?

In the 116 years since Dr. Alois Alzheimer first described symptoms of Alzheimer’s disease to a scientific audience, so much has changed in the dementia space – including great shifts in the range of technologies, devices and tools used by people living with dementia and their caregivers.

This is especially so in recent years, when we’ve seen an explosion of apps around dementia and brain health. Some of these apps are aimed at people living with dementia, others at caregivers and others still toward healthcare workers.

Comparing today to even a decade ago, many standard smartphone features, social media tools and messaging platforms are offering more ways for people living with dementia and caregivers alike to access information, find support and get connected to others sharing their same experiences.

So, how exactly is technology being used in the dementia space right now, helping people living with dementia, caregivers, healthcare providers and more? And how will tech be used to help them in the near future? Whether you live with dementia, care for someone who is diagnosed or would like to hear about the latest research on dementia & tech, this Dementia Talk will help you learn more! 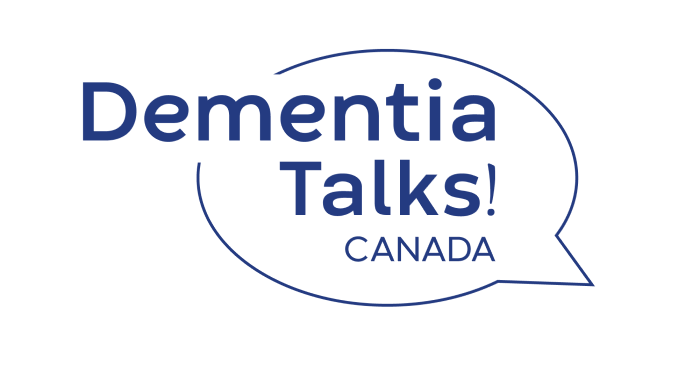 Held in partnership with Brain Canada, Dementia Talks! Canada is a new webinar series focusing on conversations on topics relevant to dementia.

This Dementia Talk, “Dementia & Tech in Today’s Digital World: What’s helping? And what’s next?” features Roger Marple, an advocate and person living with young onset Alzheimer’s disease; Ron Beleno, an advocate and caregiver for his father who lived with Alzheimer’s; and Amel Yaddaden, an occupational therapist and PhD candidate studying technological solutions that can help older adults with cognitive impairments live independently at home. 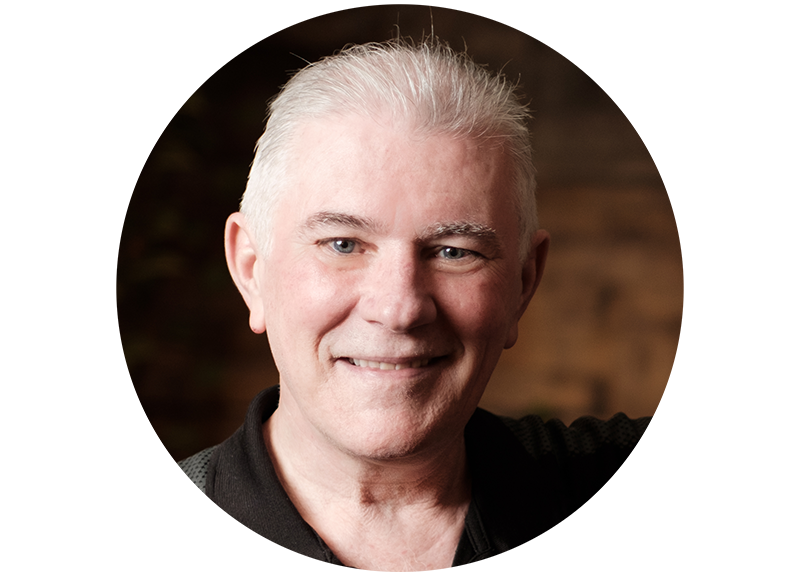 Roger Marple lives in Medicine Hat, Alberta and is the proud father and grandfather of three grown children and one grandson. He is an avid sports enthusiast, enjoys playing tennis and golf, loves to travel and knows his way around the kitchen with a real appetite for baking.

Roger worked for Alberta Health Services and in supply management in the south zone for over 23 years. In his own words, Roger is “living well with young onset Alzheimer’s disease”. Roger serves on the board of directors of the Alzheimer Society of Alberta and Northwest Territories and is active in supporting dementia research in Canada.

Roger also serves on the Alzheimer Society of Canada’s Advisory Group of People with Lived Experience of Dementia, helping raise awareness of the needs of people with dementia, including the specific needs of people living with young onset dementia. He is proud of his work as an Advisory Group member, including leading the Group’s Steering Committee and participating in the development of the first-ever Canadian Charter of Rights for People with Dementia. He also provided direct input into the Society’s Memory Tips & Tricks resource, helping people living independently with dementia through helpful routines and reminders recommended by Roger,  based on his own day-to-day living.

Since his diagnosis in the summer of 2015, Roger has made it his mission to dispel myths about Alzheimer’s disease and the stigma associated with dementia. He is a firm believer that you can live well with dementia regardless of challenges and is passionate about sharing his message of hope. 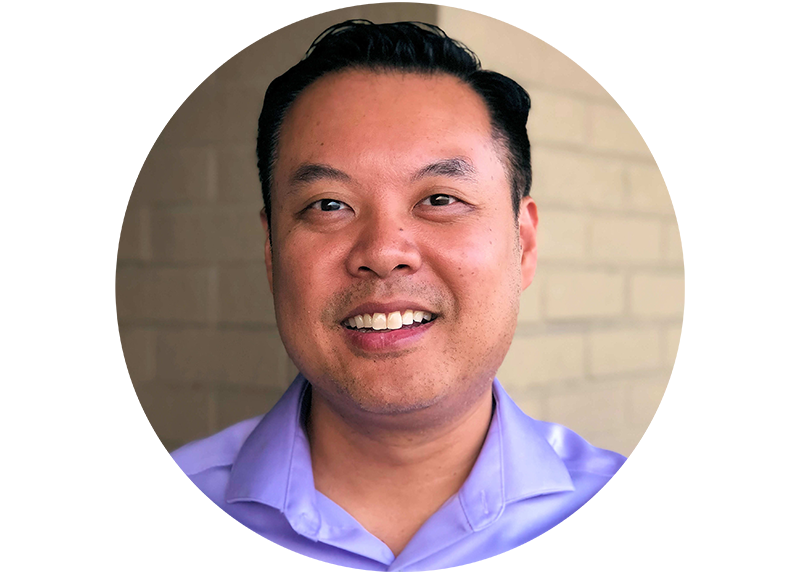 Ron is an experienced family caregiver to his late father that lived well with Alzheimer’s for over 10+ years while partnering with his senior mother during their journey. He is an advocate in the dementia and aging communities with expertise in technology, aging in place, caregiving, and patient engagement.

Ron is the co-chair for AGE-WELL NCE's Older Adults and Caregiver Advisory Committee, which is Canada's aging and technology network where he received their honorary fellows award for 2020. He is an advisor and presenter for groups such as the Alzheimer and Dementia Societies locally and internationally, the Centre for Aging & Brain Health Innovation at Baycrest, SE Health, and as a coach with Healthcare Excellence Canada. Ron is a guest lecturer for universities and colleges in programs such as nursing, social work, occupational therapy, engineering, and aging. He is also a mentor in residence representing the caregiver and patient voice with University of Toronto’s Faculty of Medicine’s Translational Research Program .

Further in his past, Ron has a background in computer sciences, space and communication sciences, marine aquaculture, life coaching and culinary arts. He was the founder and executive director of a youth career and employment centre that served over 30,000 young people, immigrants and career changers in the Toronto area during its operation. 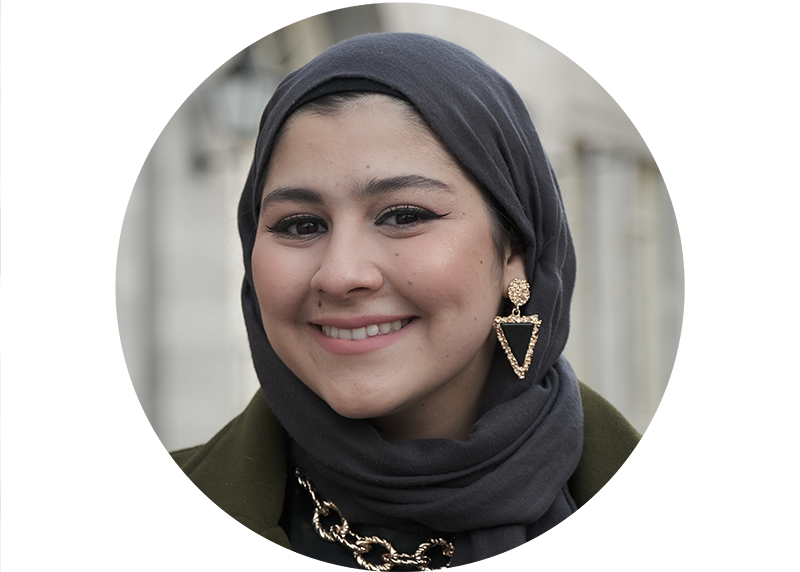 Amel Yaddaden is a PhD candidate in rehabilitation sciences at the Université de Montréal. She is also a certified occupational therapist since 2018. She pursues a career in research to develop innovative solutions for older adults with cognitive impairments to age in place. Her project focuses on the development of an innovative technological solution to help older adults with cognitive impairments to stay at home, as well as to identify new ways to deploy access to these technologies for this population.

Another objective of her PhD focuses on documenting different functional profiles during instrumental activities of daily living (IADL) performances of older adults from the dementia continuum to identify critical errors that affect safety. During her curriculum, Amel Yaddaden was involved in several advisory committees. She was the Quebec regional representative on the student committee and the knowledge translation sub-committee of the AGE-WELL national network, a pan-Canadian center of excellence dedicated to research in technologies related to aging.

She aims to become an engaged scientist in the field of age-tech to lead innovative projects that catalyze social change and promote the social inclusion of older adults. 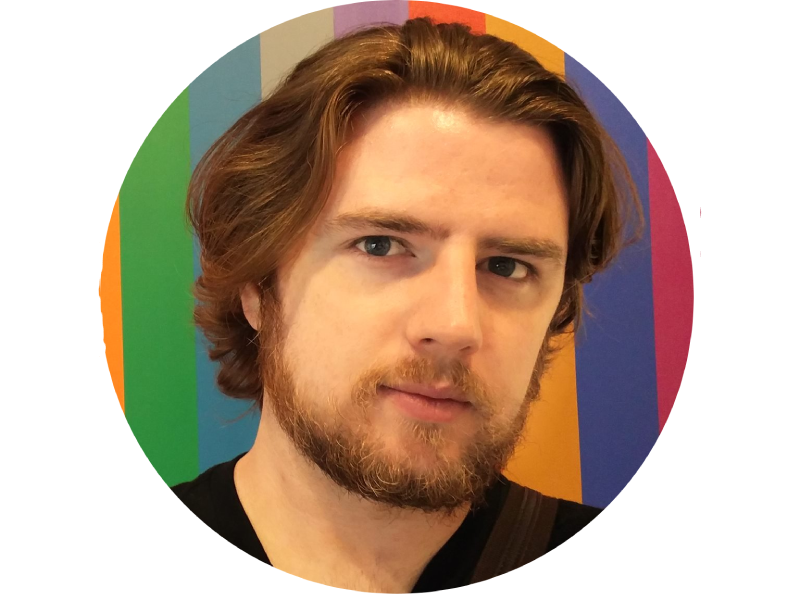 Nathan (he/him) is a non-profit professional with a decade of communications experience centred on health, education and social change.

As a writer/editor well-versed in the Accessibility for Ontarians with Disabilities Act (AODA) and the Web Content Accessibility Guidelines (WCAG) 2.0, Nathan focuses on improving the digital experience of an organization so that the helpful information it provides can be accessed easily and reliably by clients and staff alike. In his perspective, new technologies can and should be employed as means to overcome barriers and support people typically not centred in the discussion around technology – often due to stigma around their age, ability, background and/or other social factors that can limit their access to assistive technologies.

Originally arriving at the Alzheimer Society of Canada as its Web Editor, Nathan is now coming up to his fifth year with the organization, working today as the Manager of Content & Marketing to ensure that the Society’s many resources and initiatives are reaching people living with dementia, caregivers and others affected by dementia in Canada. Earlier in 2022, Nathan helped launch an awareness campaign to connect people newly diagnosed with dementia to community, knowledge and support through the Society’s First Link® service.

A graduate of Toronto Metropolitan University’s Master of Digital Media (MDM) program, Nathan has a deep interest in how technologies can transform and improve everyday living, and this informs his approach to this particular edition of Dementia Talks! Canada. He is looking forward to hearing what everyone has to say!