Register now for this edition of Dementia Talks! Canada.

Even before the COVID-19 pandemic began, there were many concerns about social isolation and dementia.

So where do we go from here?

How do we keep each other safe and healthy, both mentally and physically, coming out of Canada’s seventh wave of COVID-19? (Not to mention the resurgence of monkeypox and polio Canada’s health-official radar this summer?)

This edition of Dementia Talks! Canada will take a positive and practical approach, looking at research findings and real-life experiences that we can leverage to reduce isolation, live well, manage dementia symptoms, and reduce risk of both dementia and new viral variants.

Join our panel of experts and community members as we talk about these urgent realities — and hopeful human responses to them. Our conversation includes:

For more complete details about each panellist, and about our moderator, read more below.

Dementia Talks! Canada is a partnership between Alzheimer Society of Canada and Brain Canada.

More about our speakers 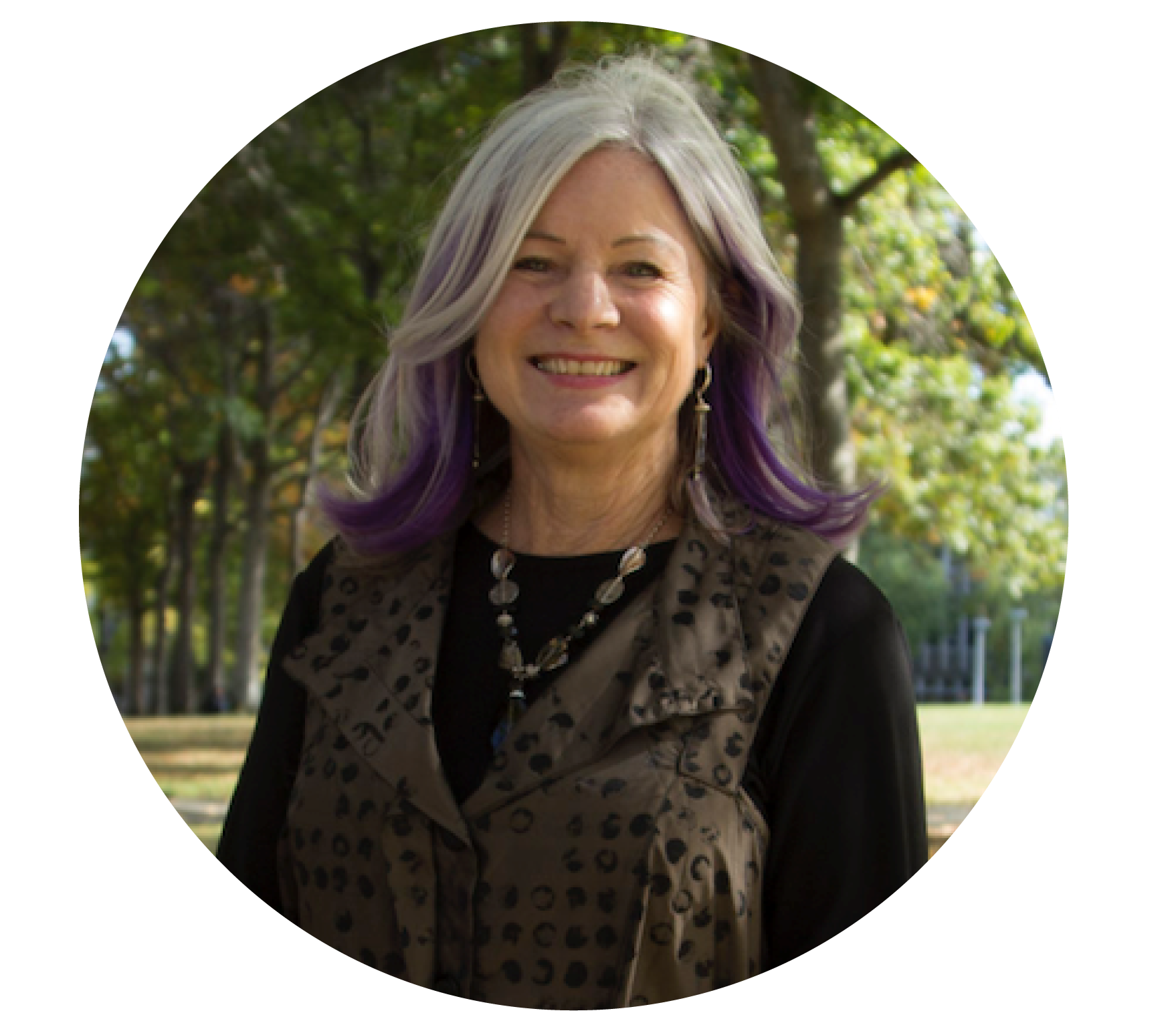 Dr. Debra Sheets is Professor in the School of Nursing at the University of Victoria, where she is also a research affiliate with the Institute on Aging and Lifelong Health. She received her doctorate in Gerontology and Public Policy from the University of Southern California. Dr. Sheets is an elected fellow of the American Academy of Nursing, the Gerontological Society of America and the Association for Gerontology in Higher Education. Her research interests focus on reducing stigma and social isolation with dementia, caregiving, and humanities and arts in aging. Dr. Sheets was the lead researcher for the Voices in Motion Choir—an intergenerational choir for people with memory loss and care partners that continued meeting online during the COVID-19 pandemic. She is also host of the podcast series Call to Mind: Audio Stories of Love and Memory Loss, which was also created during the pandemic period. Currently she is leading a dementia-friendly collaborative of community-based organizations to ensure that leisure and arts programs are accessible to people living with memory loss. 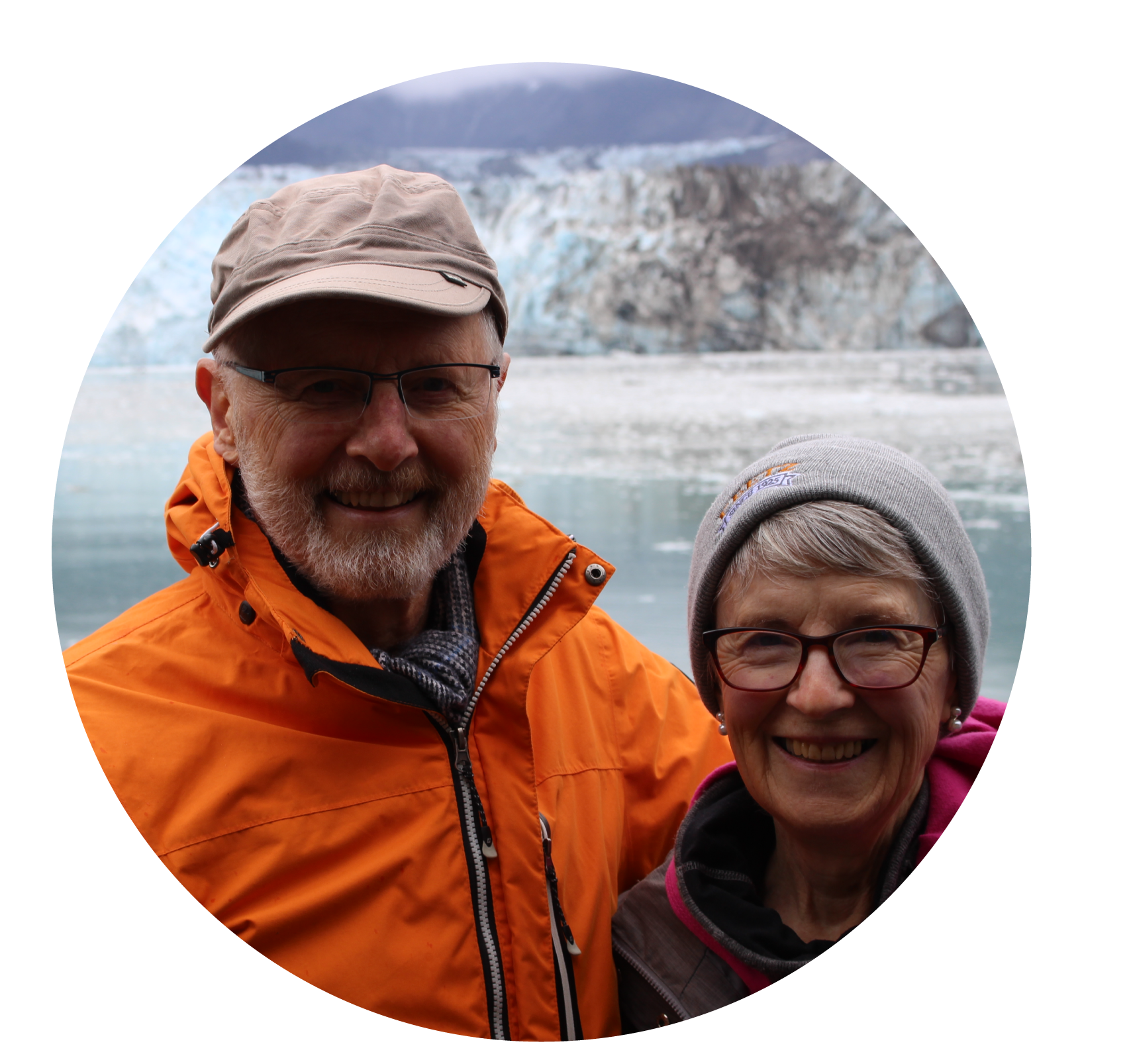 Rena & David Chase are people with lived experience of memory loss who participated in the Voices in Motion Choir virtually during pandemic lockdowns. Rena and David raised four children during their 56 years together. Shortly after they were married, they moved from Lynn Valley in North Vancouver and spent ten years on Salt Spring Island. While David was teaching, Rena was busy as a homemaker and secretary of the high school. In 1980 they moved to Summerland, BC, where David continued to teach and Rena began her college education. Pursuing courses from SFU, UBC and finally UVIC, Rena received her social work degree and worked for Interior Health out of Kelowna. After 26 years of Okanagan life, they moved back to the Gulf Islands, this time retiring on Mayne Island for over 15 years until their most recent move In September to Sidney, BC. Traveling with a purpose appealed to them both and countries visited included Japan, Mexico, the UK, Iceland, two trips to India, and a month walking the El Camino trail in Spain. They have enjoyed singing in choirs, dancing, hiking and going on many spiritual retreats over the years. At present, daily walks are a highlight. They enjoy 7 grandchildren, and their children are all in BC, though in the Kootenays, Penticton, Chilliwack and Victoria. 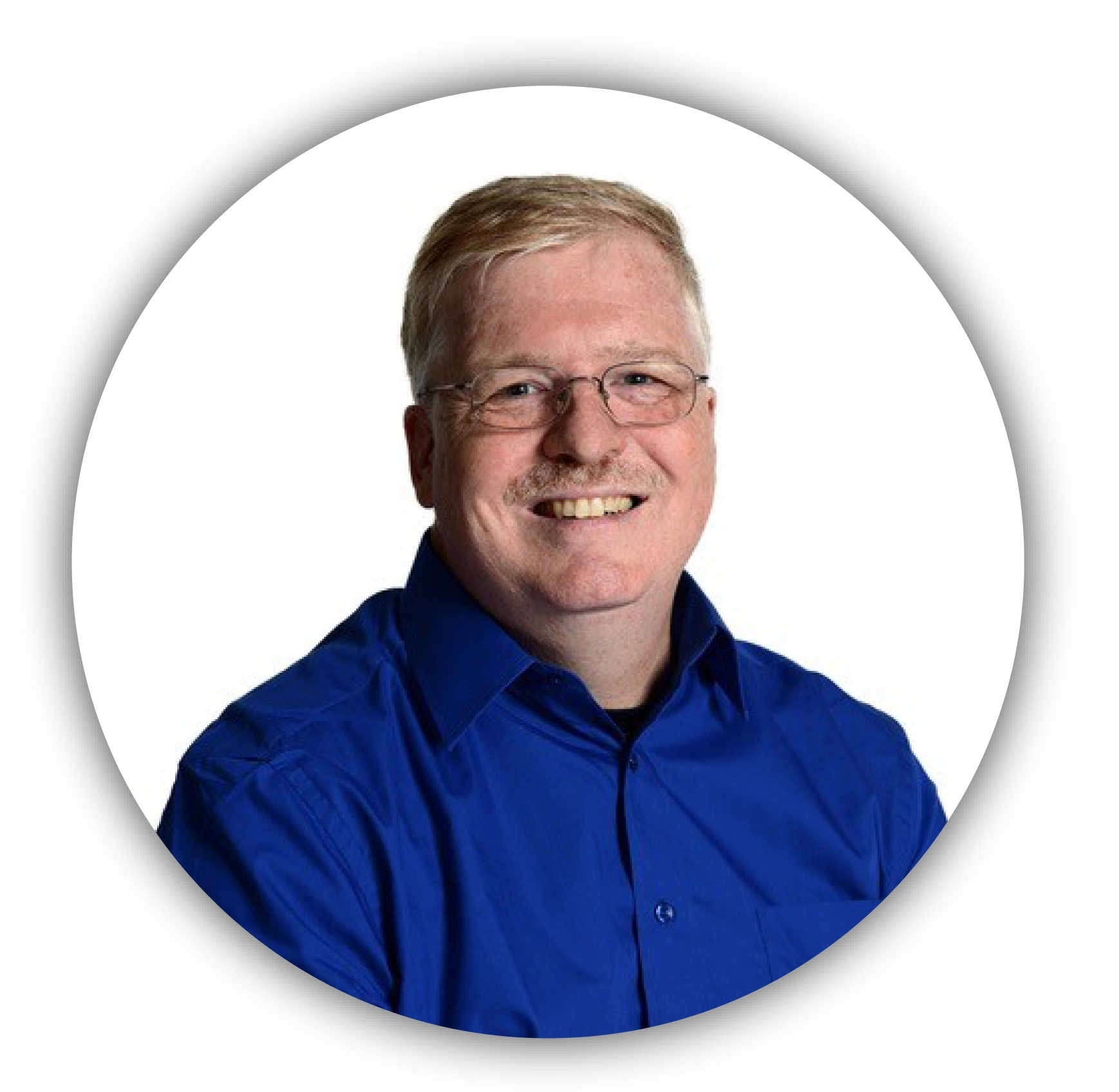 John Hammel is an advocate and person living with dementia who helped produce a guide on Isolation & Enhancing Social Connections released in July 2021 by the Research Institute on Aging at UWaterloo. John and his wife have been married for 30 years and happily live in London, Ontario, with their beloved dog, Punkie. For 26 years John worked as an insurance broker, constantly driving across southern Ontario interacting and socializing with clients. He was an outgoing person and enjoyed staying busy with various hobbies such as playing hockey, working on the computer, and listening to music. Six years ago, he started to notice changes in his health and sought medical attention. Fast forward two years and he was diagnosed with early onset dementia, evidently forcing him to retire. Although his life has changed his outlook on life has not. He has never been a “what if” person, so when he was diagnosed, he accepted it, and was determined to know more about what was to become of his new “normal”. He and his wife immediately got involved with the Alzheimer Society and that has been one of the best decisions they ever made. The Alzheimer Society has provided him with opportunities he never thought he would have in life and more importantly has allowed for he and his wife to cope with the various aspects associated with dementia. He now thinks of himself as an advocate for early onset dementia and is determined to share his life story with others helping to spread awareness and fight the stigma associated with the disease. 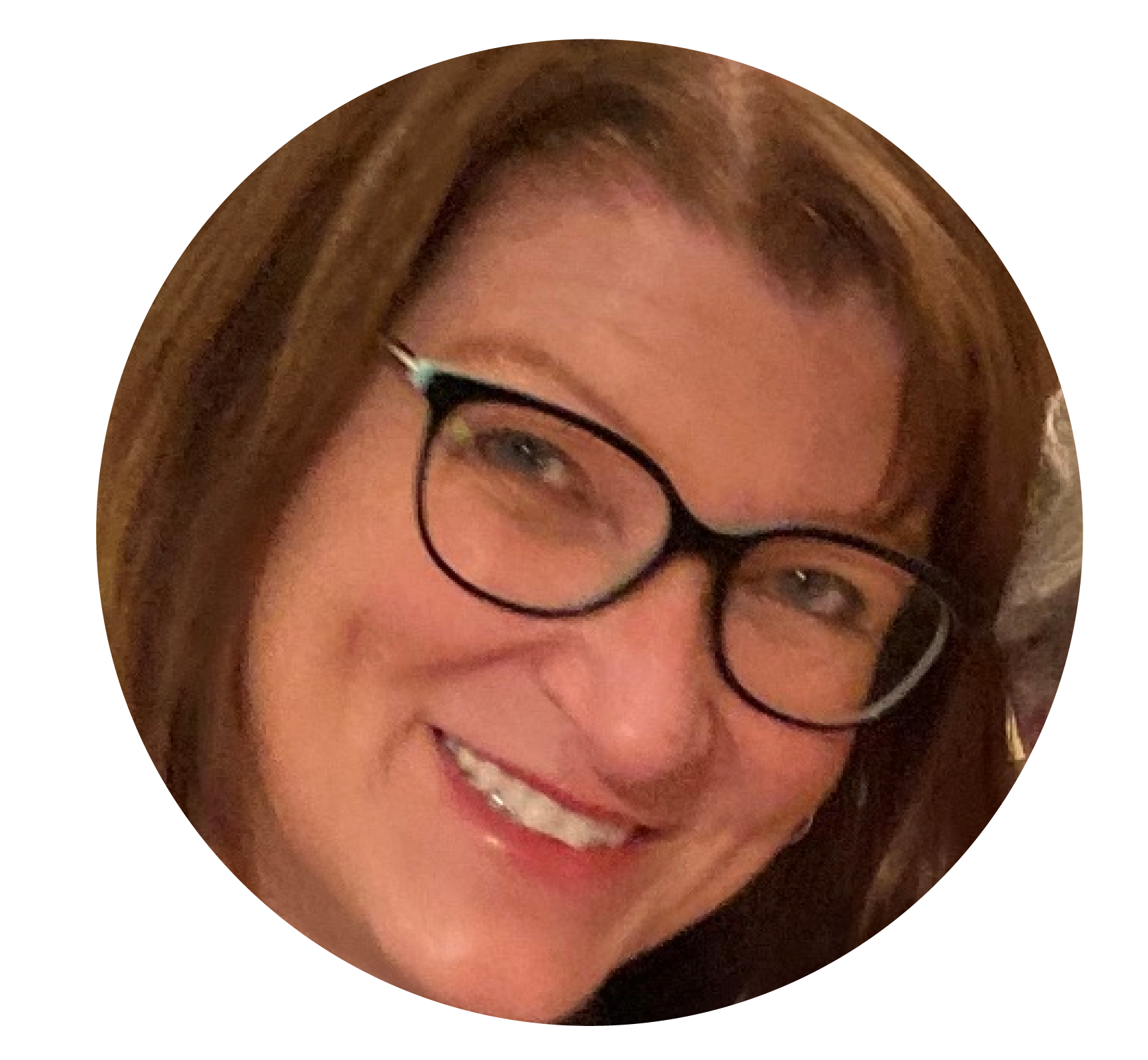 Brenda Brophy is a daughter and dedicated advocate for the rights of seniors, and she participated in the pandemic-era podcast series Call to Mind: Audio Stories of Love and Memory Loss. She has dealt with home care, long-term care, visitation restrictions during the pandemic and then the challenges around caring for a parent with dementia at home. Although her mom passed last July, she continues to reflect on the experience and find ways to lend support to others facing similar challenges. She lives in Victoria, British Columbia. 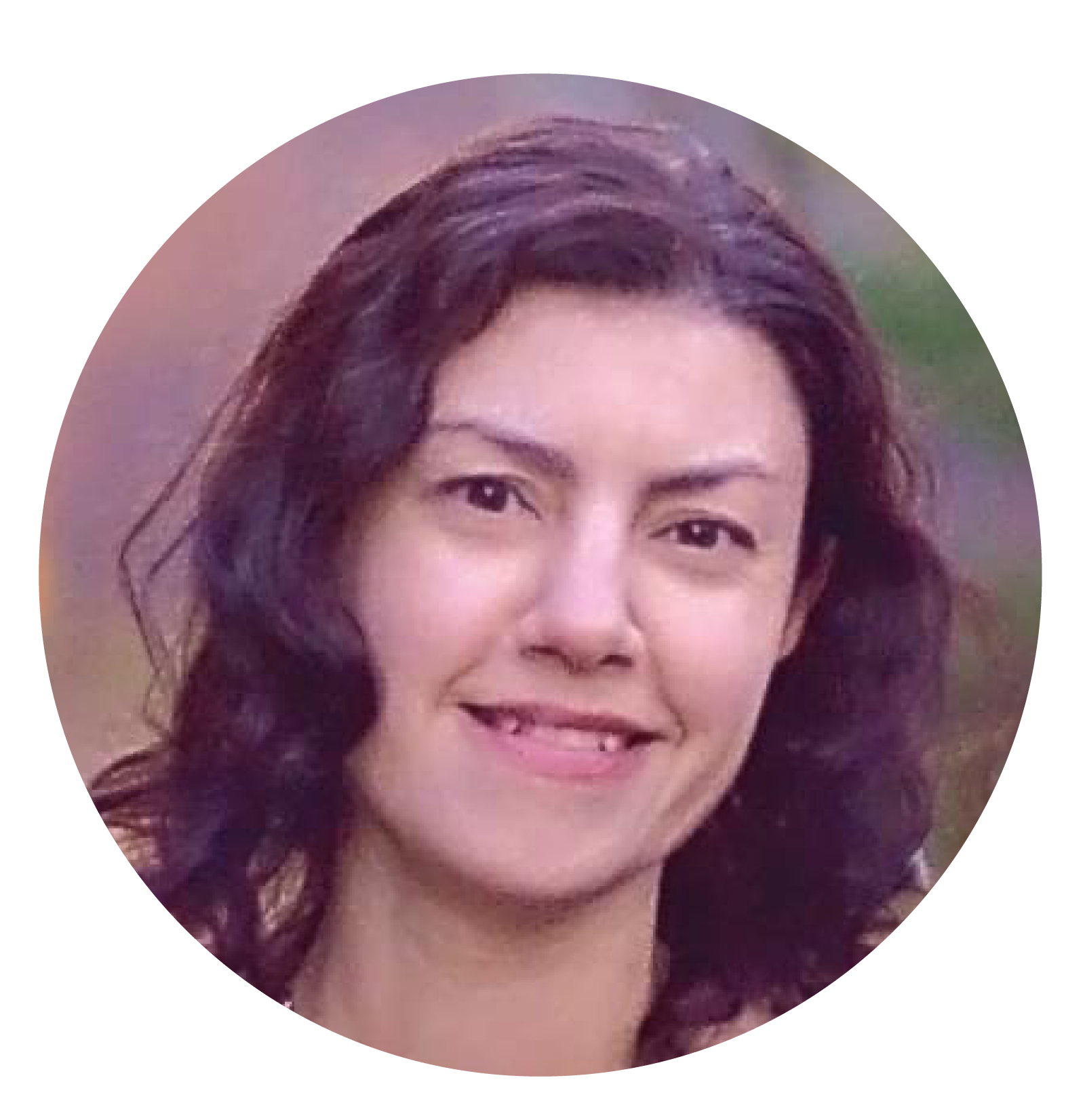 Moderator: Sian Lockwood is a Knowledge Transfer and Exchange Associate at the Alzheimer Society of Canada, where she co-develops knowledge translation and exchange tools and resources that provide information and education to people living with dementia and care partners. Sian holds a BSc Psychology and a Master of Library and Information Science. Previously she worked at the Schlegel-UW Research Institute for Aging, Alzheimer Society UK and the Partnerships in Dementia Care Alliance, University of Waterloo, where she supported lived experience advisory groups, information services, and research that is changing the culture of dementia care; enabling older adults and people living with dementia and their care partners to live well. She lives in New Brunswick.